Kimica is committed to sustainable practices as is clearly demonstrated in our plant processes and designs.

Kimica is committed to sustainable practices as is clearly demonstrated in our plant processes and designs.

In the past, we have faced threats of raw material shortages many times. For example, the El Nino phenomenon severely damaged the seaweed ecosystem, and reckless fishing by the careless venders destroyed the seaweed ecosystem. Based on these experiences, we have recognized that the conservation of seaweed resources is the most important aspect in continuing our business.
"Our production activities must not destroy the global environment, particularly the rich marine environment of Chile, the country that produces the raw seaweeds."This is our pledge.

Conservation of the marine environment along the Chilean coast 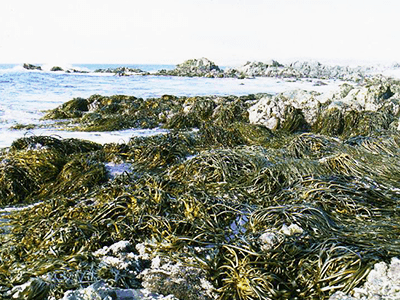 ▲Chilean coast is a treasure trove of seaweed

The Chilean coast, which is washed with cold water from Antarctica, is a treasure trove of seaweed and consequently alginic acid. When seaweed grows in large quantities, it naturally detaches from the rock and drifts on to the beach. Our alginic acid is produced mainly from seaweeds discarded on the beach. Though it is easier to harvest wild and fresh seaweed by sweeping it up with large vessels, Kimica has chosen to manually collect the discarded seaweed from beaches to preserve the natural environment*. Despite being more laborious, Kimica is committed to the sustainability of the seaweed industry for generations to come.
Since the 1980s, we expanded from Japan into Chile and worked with local fishermen to prevent overexploitation of seaweed. For example, as a member of the Chilean Seaweed Industry Association, we are cooperating in various research activities on marine resources. The research results are reported to the Chilean Fisheries Competent Authority and utilized to develop a legal system for the conservation of marine algae resources. Through affiliated companies in Chile, we have also supported the cultivation of marine algae along the Chilean coast. Our policy of building local bases and purchasing seaweeds continuously and stably not only curbed speculative seaweed overexploitation but also stabilized the income of fishermen and dramatically improved their living standards.
*Currently, harvesting of living seaweed in Chile is prohibited by the marine resource conservation policy. Long before it was forbidden by law, Kimica began using only seaweed naturally discarded on the beach instead of harvesting and destroying the live resource.

Environmental Considerations in the manufacturing process

In our manufacturing process, environmental considerations are incorporated in various places. For example, raw materials. Raw seaweeds are susceptible to rot and must be dried. Seaweeds are dried and stored without electricity in the arid belt in northern Chile, which faces the Atacama Desert. In the process of separating alginic acid from seaweed extract, no electric power and no filtering agent are used. Instead, the process involves levitation and sedimentation separation methods using the difference in specific gravity. This eco-manufacturing method was invented from the unique idea of our founder who insisted, "Don't waste resources."

Environmental Considerations in the Faciity 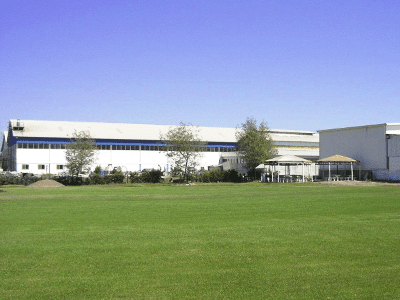 ▲A green space at our Chilean Plant

The Chiba Plant roof is tiled with 888 solar panels (1424 square meters) that produce renewable energy. In the improvement proposal program, we have set up an "Energy Saving Award" to solicit ideas for reducing the environmental burden and create a system for environmental conservation with the participation of all employees.
Nearly half of the vast site of the Chilean Plant is green. By using seaweed residue as fertilizer, we are also taking on the challenge of growing grapes for wine. In addition, we are actively working to coexist with the environment by introducing new air compressors with low environmental impact and promoting the use of LEDs for lighting.