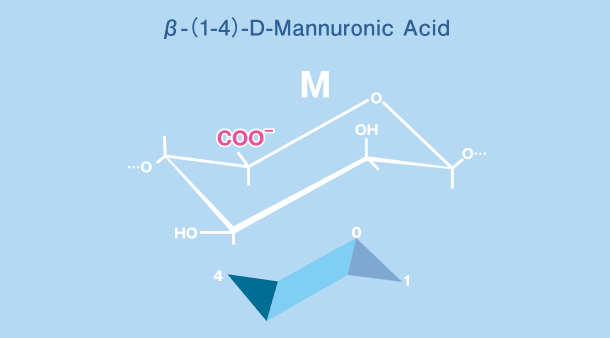 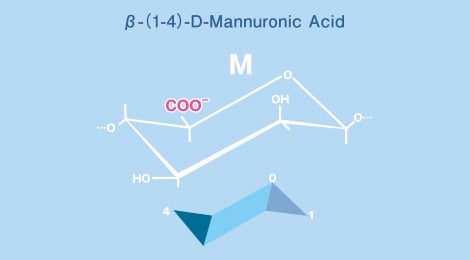 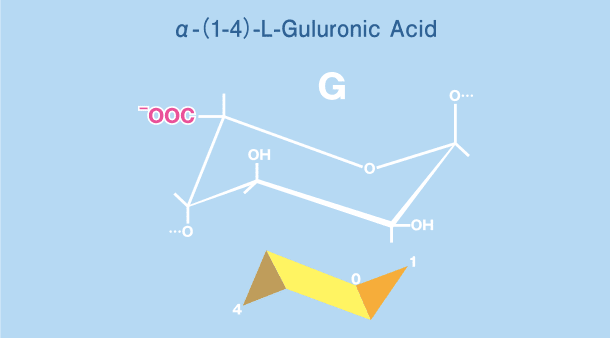 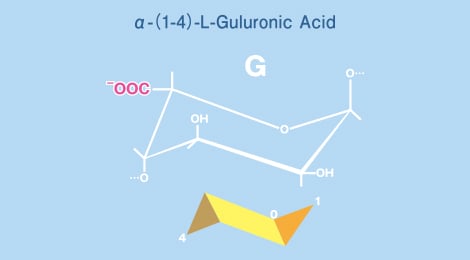 Differences in M/G ratio and block configuration account for the differences in alginate properties and functionality, especially in gelling capability and gel strength. The M/G ratio is dependent upon such factors as the species of seaweed, the part of the seaweed used, the harvest location, and the harvesting season.

The carboxyl groups within the M and G units are easily ion-exchanged, and can react with several kinds of cations. This results in changes in alginate properties and functionality. Utilizing these chemical reactions and the resultant changes in functionality, alginates have many commercial applications such as a thickening agent, a gelling agent, a dispersion stabilizer, and a texturizer. 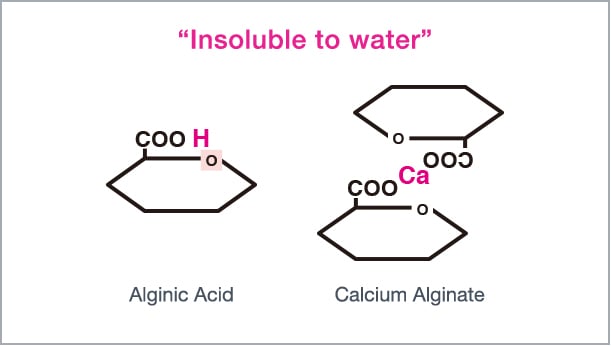 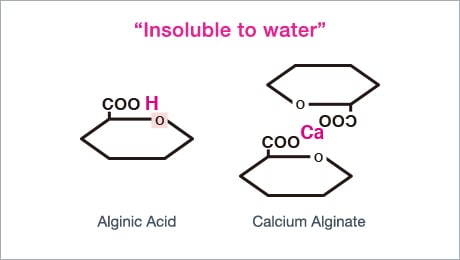 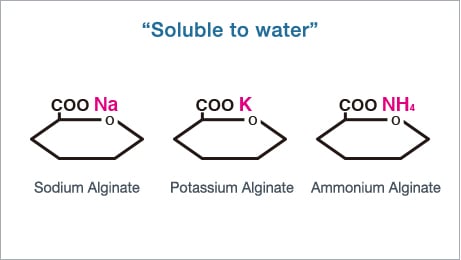 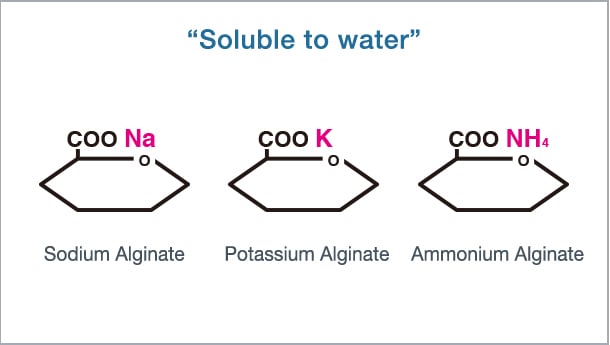 Seaweed as a Raw Material To list Applications with Alginates